Recently, with interest rates climbing, more people are starting to invest in bonds. It pays to know some of the different strategies you can use with bonds to bring in a steady stream of income while minimizing your risks. A question I often see on forums is:

Sometimes people have a hard time locking up the entire investment for a given period. For example, with I-bonds, you can’t pull them out for an entire year. Maybe you’re concerned you might need the money? Maybe it would put your mind at ease to have access to some of it. What else can you do besides buy a 1-yr Treasury note? 1 yr CD? Ibonds? This is where bond ladders come in handy.

You could purchase Treasuries at five different durations: $2000 each: 4 weeks, 8 weeks, 13 weeks, 26 weeks (6 months), and 1 year. You will always have $2000 plus your interest payments coming in each month. In some cases, when the 4 week and 8 week run concurrent, you’ll have $4000 coming in plus interest payments. This approach works well If your main concern is having access to the money. Over time, you essentially get more access to more of your cash.

The beauty of this approach is when the one month Treasury bill comes due, you take the amount and re-invest it into another one month Treasury (hopefully at a higher interest rate). You repeat this over and over until one year is up. At the same time, you do the same for the 8 week treasury bill as well after 8 weeks. The longest one, the one-year Treasury, is the only one that never comes due before the end of a year. At no point will you feel like all of your money is being tied up. At no point will you have one set in stone rate you are earning. If interest rates move higher after you buy your first bonds, you’ll have another opportunity to purchase bonds at a higher rate. This reduces your market risk.

One main disadvantage to this is you aren’t taking advantage of various areas of the yield curve. You are always buying the same duration no matter what. In some cases, it may pay to buy the 1 year Treasury (or longer) at a higher rate.

You could come up with various hybrid approaches. For example, you could put in $2000 for short-term bills and only $1000 for the longer-term bills. This is type of the approach I’ve taken with some of my own bond ladders. I do this because I already have money locked into i-bonds for a year and I don’t want to commit larger sums of cash to longer bonds.

At the same time, I must warn you, it is almost impossible to predict where rates are going long-term.

Pros of a Bond Ladder

Which this approach, if you buy a 1 month Treasury bill at a rate of 3.3% and then rates move up to 3.5%, you can quickly purchase a new bond at the new rate. Otherwise, without a ladder, you would only have a one-year Treasury that is locked at a given rate. That given rate could be lower than one later in the year.

The best thing about this approach is you are always getting income every single month. You don’t have to wait a year to see your first return (a psychological benefit).

Lastly, you always have pretty quick access to some portion of your capital if there is a crazy emergency in your life.

Hopefully you now have a good idea how to create a bond ladder. I think bond ladders are a great choice when you have money that you plan on using for a down payment, yet you are leery of locking it up for an extended period of time. It also works well during rising interest rates or in times of uncertainty.

Wishing you the best on your investment Journey 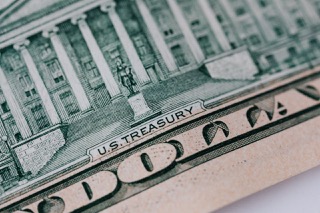 Today, we are going to look at a comparison of Treasury bills vs. Certificates of Deposit (CD’s for short). Each of these has pros and cons. Hopefully, after you are done with this article, you’ll be better equipped to decide which one meets your own investment goals. Which one you choose will depend on a…

I bought TLT multiple times throughout May and and starting selling in July. This was a swing trade I made. I missed the very top; however, I am happy with my trades. I try not to get greedy and simply desire to make over a 6% profit on these types of shorter-term trades. I am…

Treasury Inflation Protected Securities, or TIPS for short, are used to protect investors against unexpected inflation. The typical TIPS bond yield is made up of two portions: 1) A fixed rate plus another 2)A portion that’s determined by the current inflation rate. The fixed rate portion is currently above 1.5% on TIPS, this has led… 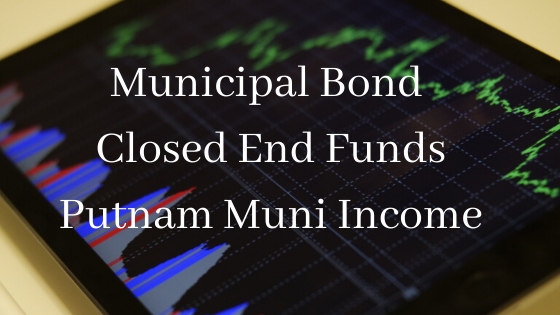 PMM, or Putnam Managed Muni Income, has been a nice little addition to my portfolio. I bought starting on May 20th, 2019. My total return has been around 8% over the last 8 months, this is due to buying at a variety of times throughout the year ( a few times rather high). While it… 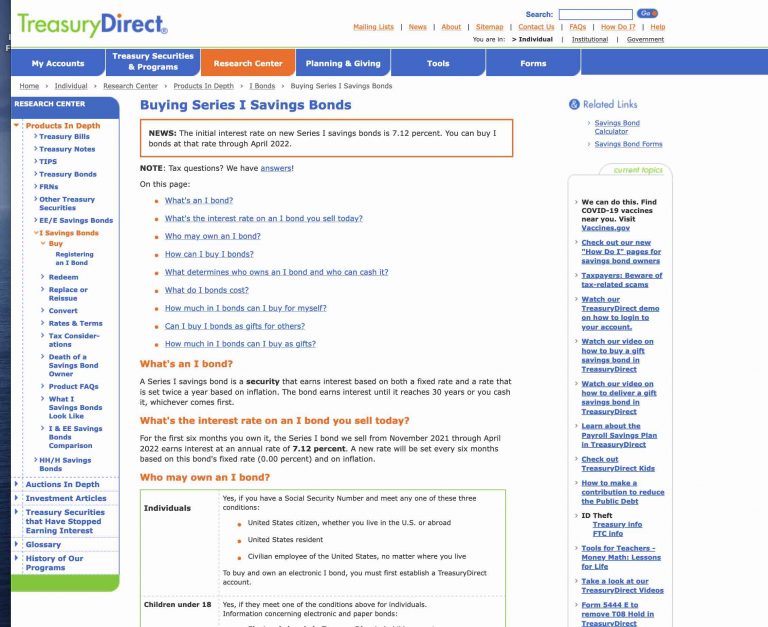 What are Ibonds? Ibonds, a type of savings bonds, are one of the safest investments someone can make. They’re guaranteed not to decrease in value and come with no market risk. They carry the advantage that they are tied to INFLATION, so anything invested doesn’t lose it’s purchasing power. Before we get into how to…

Coming in at an annual yield of over 3%, the 6 month Treasury Bill is starting to look quite tempting. I bought my first batch from Treasury Direct this week and plan to buy more at the beginning of each month. Many people like dividend stocks and the cash flow they generate. However, dividend stocks…