For years I’ve heard investors get hyped over whether or not there would be a Santa Claus Rally. Meaning, that the last half of the year, the stock market would make a mad holiday dash and rally fast upwards. Investors expect some end of the year lavish gifts.

I think this is often perpetuated by investors who have bought retail stocks like Macy’s, Kohl’s, Home Depot, Target, Wal-mart, and they foolishly believe that a hot Holiday season isn’t priced in. They want their stocks to go up year-end to confirm their investment thesis about these companies.

What I don’t get is the following:
Even if there was a hit holiday run, it wouldn’t show up until the next earnings report in Q1 of the following year.

Despite already having a strong opinion about this (hey, I understand Market efficiency and I remember 2018!), I decided to look at the data from 2005 until now to see if there were any trends in the data. To decide if coal in my stockings await me this year or if I might get some nice presents.

Is the Santa Claus Rally real?

Here is the chart of December returns from 2005 until now. I used the ITOT ETF for the data on Total Market returns. This does in fact include dividends as adjusted closed numbers were used for this data.

At first glance, the graph does seem to be in positive territory more often than not. However, at an average return of 1.6% or 1.38% median return, this is hardly anything substantial or worth getting excited over.
This is a limited data set, only 17 data points, but I think that is enough to see some sort of trend.
Even looking at the data without charting it, if you throw out the outliers, you can see the returns center around 1.3% or so. Once again, there’s nothing spectacular about this. It’s an average month that most any random month would give you in stocks. You also have to keep in mind that stock returns are skewed towards the positive as well. Even though the negative returns can be large and dramatic.

In 2018, Santa’s sleigh crashed and left you with a big fat -10.24% return. 2015 gave you a -2.9% return. The best performing December in these years was 2008, the year of the Great Financial Crisis. After that, 2021 was the strongest December.
I think a bit of recency bias is at work here with some investors. Some of the strongest performing December’s were the last three years. I think they may be forgetting about years like 2018 and 2015.

I don’t believe the market is 100% efficient. However, I do believe if there was any real tangible evidence that December was a great time to place your bets on stocks, it would have already been priced in. So many people would have taken advantage of it to render it useless. Remember, for every buyer there is a seller.

If you are putting out milk and cookies for Santa, you might want to think again. Buy as if it was any other time of the year, there is nothing special about loading up stocks in the month of December. I think you could run data for any other random month and it would look about the same. I think it is pretty obvious the Santa Claus rally is a hoax, he is just as likely to get stuck in the chimney as he is to go flying to the moon.

Do we have to say it again?

You can’t time the market! That’s includes the Holidays

There is every bit as much chance that we encounter something like 2018 or 2015 this year as there is some incredible rally. Place your ‘bets’ accordingly 🙂

Wishing you the best regardless if Santa drops presents out of his sleigh this year!

While I said I was working on REDUCING positions, I managed to INCREASE positions. I guess the deals got too good. I started a small position in HOME DEPOT. I do feel it can go a little lower here but Home Depot will be fine long-term and I thought it was a good chance to…

What does Ryman Hospitality do? They own four upscale resorts, entertainment venues such as the Grand Ole Opry, as well as media like AM 650 based out of Nashville The Hospitality sector includes the Gaylord Opryland Resort & Convention Center in Nashville, Tn; Gaylord Palms Resort in Florida, the Gaylord Texan Resort and Gaylord Rockies…

When you get into DIVIDEND INVESTING, you’ll run across a term called PAYOUT RATIO. To properly evaluate a companies ability to continue paying its dividend, you must learn what this means. Essentially, payout ratio tells you how much of a companies earnings are paid out to its shareholders. Visualize a pie. If the company gives…

I will start by saying this is one of the best books I’ve ever read on investing. It’s written by Bruce Miller, who is a Certified Financial Planner. Unlike many investment books, he never gets wordy or uses overly technical jargon. His manner of writing is extremely clear and the order of the layout is… 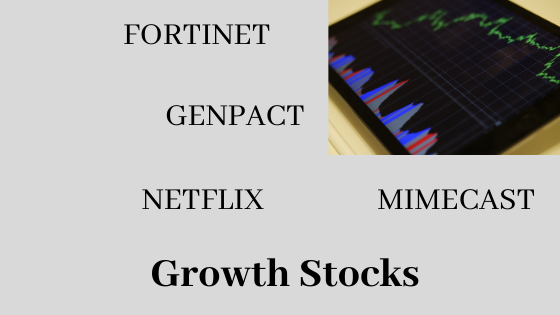 I recently began supercharging my portfolio with more growth and tech stocks. Fortinet had an earnings report today. How did it do? Fortinet beat earnings and revenue. A 21% increase in revenue year over year here. Earnings of .76 vs. .59 from this quarter a year ago. So, that is looking pretty awesome here. Gross…

Ok, it is that time again. Time to look at my dividend returns for the month. Let me start off by saying I got 33.9% more dividend income this quarter than I did 3 quarters ago (same companies reporting). I went from $76. 32 to $102.19; I’m certainly pleased. Here are the six sources of…