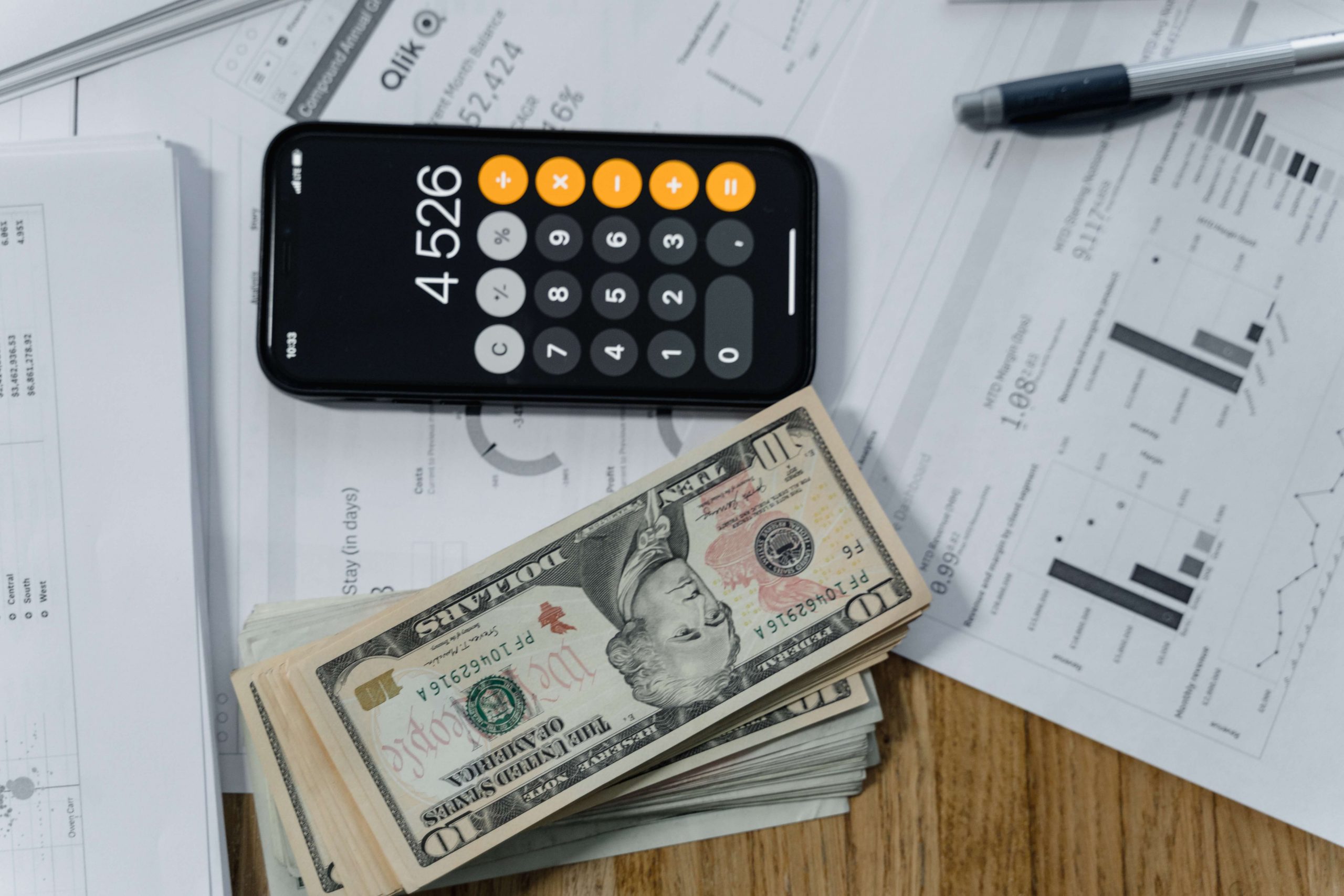 September turned out to be an incredible month for passive income. I hit a new record! Specifically, this was the highest amount of dividends I’ve been paid ever. I had $207 in my IRA account alone (so not only big dividends, but tax-free for now).

I must add that this isn’t from being a “dividend chaser” which I don’t really encourage. These juicy numbers come from ETF’s like ITOT and one of my favorites IJJ (Mid-cap value ETF).

As usual, my disclaimer is that all of this isn’t 100% passive income. The majority of it is, but some do take a bit of time on my part to keep rolling (Patreon & Youtube for instance).

My Treasury Bills and i-bonds are finally churning, so that’s helping out. Please understand that I-bonds and some of my T-bills aren’t technically paying me out monthly. However, I prefer to look at the money they generate as income over a monthly basis. My plan over the next year is to ladder these fixed-income devices so I will eventually be getting something each month 🙂

I saw improvement in YouTube, Adsense, and dividend income. Patreon income slid a bit but what can I say, Patreon is patreon, people come and go. September is typically a slow month for Digital Product sales, so you’ll see that.

Lastly, some numbers are missing because they don’t get released until the 16th of the following month (I’ll update when I get the numbers)

Digital Products-$27.89 isn’t much but compared to the $3 I made last September in Digital Product sales, I’ll take it. However, August is always very slow; I looked at my records for the last two years. September just seems to be a slow time of the year seasonally for sheet music/TAB sales.

Adsense paid me $8.62. This is my top performing month of the year for Adsense. My other websites are starting to get hits finally, so I expect Adsense will begin climbing. My goal with adsense is to simply pay for my web hosting and domains with Adsense one day.

Amazon Affiliate- $1.35. This was down from last month. As usual, Amazon is just not a large source of passive income for me. I don’t really link to any expensive products.

Bank Account Interest $38.41. $31.27 comes from interest on my account and the rest is from credit card rewards. Basically, if I use my credit card 10 times a month I qualify for not only cashback rewards but the interest as well.

Patreon $280.45. No a bad month for Patreon. I’m just a bit frustrated that I can’t seem to get over the $300 a month mark from Patreon. I usually have one person unsub, only to be filled by a new member. So the numbers stay about the same.

Youtube paid me $37. This was actually my best performing month of the year. I don’t expect YouTube income to top last year as I am now primarily posting short videos. However, I have started doing hour long live streams about twice a month. This should increase my ad revenue a good bit.

Taxable Dividends-$123.02. This is certainly not the most in dividends I’ve received in my taxable account; however, I’ll take it. This allowed me to re-invest into the market at much lower valuations than earlier this year. Furthermore, I have already surpassed my dividend income in this account from last year, so that tells me it is GROWING!

Retirement Dividends-$207.04. This was a HUGE month of dividends for me. I got all the big payments from my Roth and IRA accounts at once.

Ibonds-$24. This technically doesn’t pay out each month (it pays when I cash it). However, I like counting it as monthly income as that is how much it’s generating on a month by month basis. I just bought some more i-bonds, so this number will be great as well. As I stated above, I picked up more T-bills, so my bond income is going to start to climb.

Udemy – That’s right, I made ZERO dollars on Udemy this month. I’m not sure what was up, maybe people are feeling the squeeze and have decided not to do online courses at the moment. My landing pages saw much less traffic and no takers on my two music courses. Super disappointing, I even tried lowering the price by $5 and still no takers! OUCH!

Skillshare-To be determined on the 16th. I already know the amount is going to seriously be weak. Something must be going on because I saw the least amount of traffic and students on my Skilshare class EVER (and I’ve been on there at least 6 years). Are the recession fears starting to get to people? Perhaps.

Teachable- $20.44. Even though I made no sales on Udemy, I managed to sell one course on my old Teachable website, so that made up for some of the lost income.

This is the most passive income I’ve made ever. I really need to see this growth. All of the investing I’ve done into my retirement accounts is starting to seriously pay off.

At the same time, October falls in my weakest dividend cycle, so I fully expect less dividends this month. I did sell out of a few positions as well, so that probably won’t have a positive effect on dividend income for October.

Unlike when I first began investing, I am less worried about my dividends getting cut. Most of the dividends I get are from companies with super low payout ratios or they are from ETF’s.

I must say that I’m a bit concerned about the incoming recession. It’s apparent from my Udemy and Skillshare numbers that people are already cutting back on spending. Luckily, some of this income can be replaced via T-bills, I-bonds, and increasing rates on bank accounts/CD’s.

My personal inflation rate hasn’t been as high as most because I work from home, don’t drive a lot, and I’m super low maintenance. On the other hand, this month alone I’ve seen an increase in expenses by $25 a month from car insurance and my internet bill. When my health insurance renews at the beginning of next year, I am sure the number will be higher as well (bwahhh). My hope is I can get more passive income sources rolling to accommodate for the increased costs of living.

I can’t really cut back on anything as it stands, as I said, I live very frugal. I have bought more groceries at a time. For example, I’m good on coffee for six months. I buy a couple of containers of the largest oatmeal I can at a time. I’ve changed cereals ($7 vs. $3), the choice was easy. Sorry General Mills, I love you and I’m invested but Kelloggs is a simply cheaper, haha.

Anyways, hopefully I can keep the passive income increasing each month to fight some of this dawggone inflation.

Wishing you the best on your INVESTMENT JOURNEY!

It’s been many moons since I did a Passive Income report update; I thought it was about time again. Since I last posted a report, I’ve added a few new sources of passive income. These include Ibonds and Udemy. Three months ago I added two new courses on udemy. Passive Income Sources Digital Products Patreon…

What platform should you use for your online course? Udemy or Skillshare? What are the pros and cons associated with each of them? Which one do I recommend for beginners? I’m providing answers to each of these questions and sharing my own experiences with both.

So, I’m STARTING to concentrate more on my passive income besides dividends. More income equals more money to invest. I need to get the cash flow coming in more so I can invest it and compound it even faster. As the passive income wheel turns….. I’m gradually finding out what works for me and what… 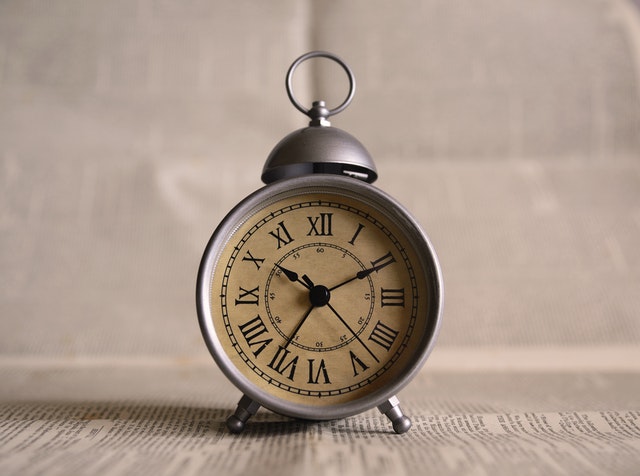 Making Money on TikTok Contents: What is TikTok How to Use TikTok to make money How much have I made? How often do I post? TikTok vs. Youtube Cons of TikTok What is TikTok? TikTok is a video sharing app owned by the Chinese company ByteDance. It’s quite popular among young people. It’s competitors are…

I just passed one of my milestones, breaking $300 in PASSIVE INCOME. Here is my breakdown of how I did it 1)Patreon $114.96 Patreon continues to be my outperformer, I love this site. 2)Google Adsense $3.04 3)Teachable $58.62 Teachable is where I sell my Digital Music Teaching videos for download and sale. 4)Skillshare $26.85 Not…